Joseph and I helped out by doing marshaling and safety boat for the Hamble kayak racing in one of the Hamble Sea Scouts boats. 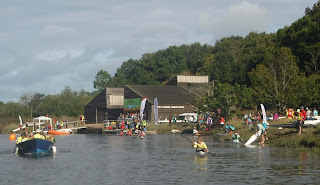 The event was run from Fairthorne Manor on the upper Hamble, it was impossible to count the entries from the boat but I would guess getting on for 200 kayaks 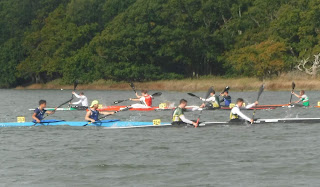 The race pretty much took over the whole stretch of the upper river above the motorway bridge. 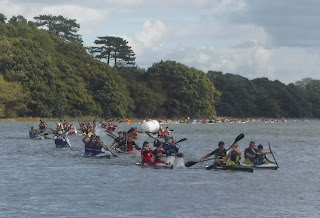 Hamble Sea Scouts took four safety boats staged along the river, Joseph and I were stationed at the downstream turning point where the wind was strongest and of course where most of the capsizes occurred. 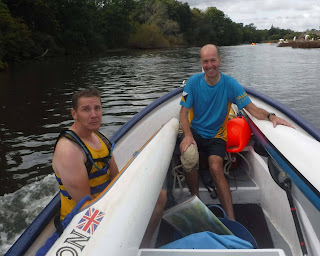 We managed to get three of the capsized competitors back in their boats and back in the race, but these two sadly retired after capsizing twice. The wind had got up I'm guessing to gusts of 30 knot, they were getting tired and cold so discretion being the better part of valor they agreed to a ride all the way back up river. 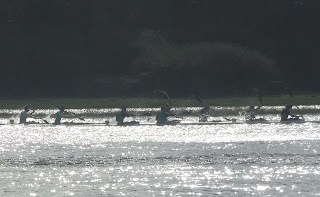