While we were in the French Alps and so close to Italy we decided to drive down to Turin for the weekend. The city boasts a former royal palace, the famous covered cloisters  and some magnificent architecture. But for some of it it's always going to be connected to the Italian Job and those red, white and blue mini's screaming through the shopping arcades. 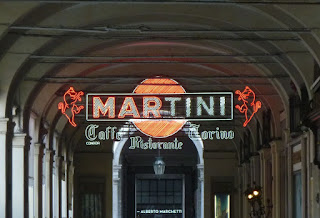 The hotel we stayed in is the former Fiat factory in Lingotto now converted to a hotel, conference and shopping centre. Fortunately the building and importantly the Fiat test track built in 1923 on the roof has been preserved including the banked corners - check out the scene where Michael Caine implores one of the mini drivers to "Look For The Bloody Exit " 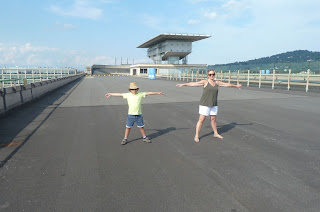 The Fiat history is strongly reflected throughout the hotel even the room decor, ours was based on an image of the speedometer from a Fiat Topolino. 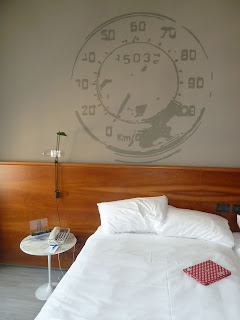 The conversion from factory has been very sympathetic, the ramps at each end of the old factory which provided access to the test track were masterpieces of 1920's modernist design and have been faithfully retained. 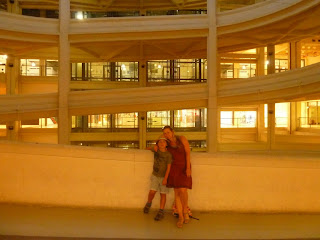 Turin is a great place for a city break, it perhaps gets overlooked in favour of Venice, Florence and Rome which is a shame as it's a very interesting city, the food is great and the people are incredibly friendly. 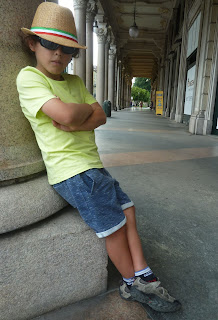