We've been watching a youtube channel "Life in a Nutshell" which is about two Aussies chugging around England on a canal boat. It's interesting as my Dad did the same thing for the last years of his life making three circumnavigations of the English canal system. At the time I was living in Husbands Bosworth close by the Foxton locks flight which features in "Nutshell" and where my dad would normally wait at the bottom for some help winding through the 10 locks. So it's nice to revisit some of those places and times.

Apart from enjoying the English countryside and even the weather in that super positive Aussie way, Magnus and Wendy like to sample the local beers and rate them out of 10 with the good ones being labelled "Not bad".

So while we were away in France we thought we'd give it a go. 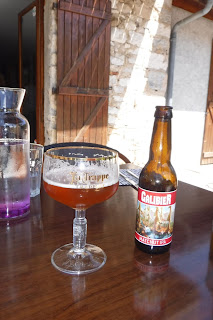 This is the first "Galibier" a French Savoie brewed IPA - which was a bit of a surprise, the French being not exactly famous for India Pale Ale, oddly enough there were quite a few IPA's in the supermarket so it must be catching on. I have to say this one was great, very hoppy which I like and went down great with a pizza sitting in a little alpine village the name of which I've forgotten. Definitely a "Not Bad" 7 out of 10. 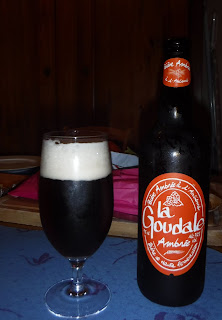 La Goudale was my favourite a dark Trappist type beer bought at the supermarket, drunk on a balmy evening overlooking the mountains and lake - NOT BAD 9/10. 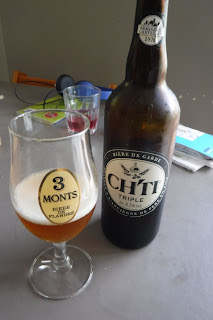 Mixed descriptions here, the beer was CH'TI but the glass was 3 Monts which is also worth a swill, back to the one in test, nice, strong beer 8% or so 7/10. 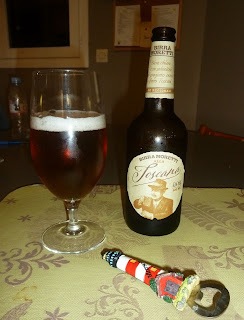 We ducked over the boarder to Turin and got this variation of Birra Moretti which was apparently a localised brew, I like Moretti at home and this was much better, very flavourful 7.5/10. 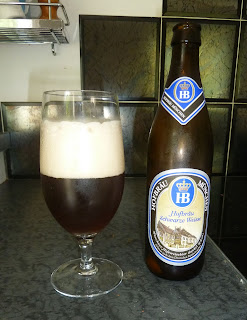 This was a surprise I just picked it up the the local Spar store as they didn't have much choice, in the event its was Not Bad, a dark Weiss beer 7/10. 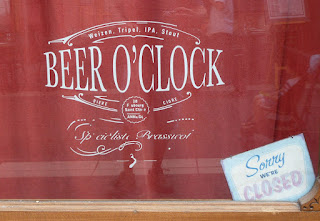 We may have brought a few bottles back with us as souvenirs, and needless to say our stocks are rapidly diminishing as we appear to have switched time zones.
Posted by Bursledon Blogger at 06:30