I first saw this type of boat in an old copy of The Boatman magazine (No 33 1996) which described a traditional fishing boat called a Cannot which is not a canoe but a native of Lac Leman. These boats below were seen respectively on Lac Bourget and Lac Annecy and seem to closely follow the type from Leman. 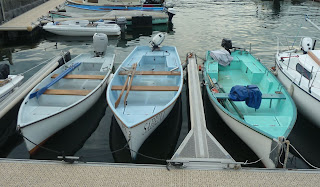 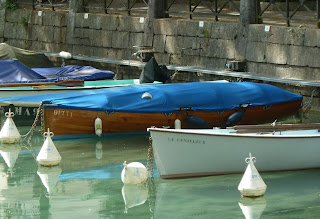 The lines are not dissimilar to our own Bursledon gig, most appear to be used for leisure fishing on the lakes and it was nice to see a few being worked by oars. 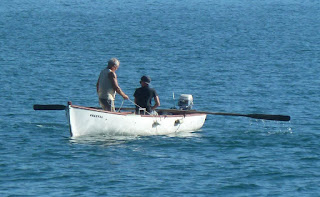