Beaulieu sur Dordogne if not twinned with our local New Forest village shares the same name so interested us enough to make the 30 minute drive to take a look and see if there was any connection. 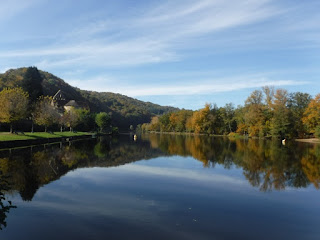 Beyond being situated on a river there was nothing obvious to connect the two, Beaulieu sur Dordogne is bigger, a small and pretty town which has grown up around a medieval centre on the banks of the Dordogne. On the outskirts is the Chapel of Penitents dating back to the 12th century and this delightful collection of waterside cottages, which accounts for the popularity of the area, especially with British holiday makers and expats. 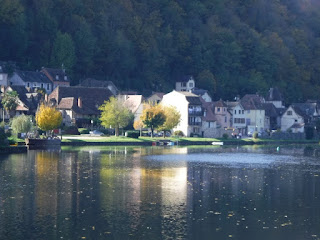 Of course I could hardly visit without checking out the local boats, this one is a replica of the working boats which plied trade of the river, built with the distinctive flat bows and significant rocker at the bow. 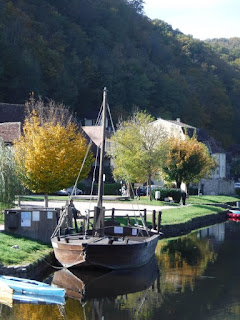 Smaller scale but the same flat bottom, almost punt like hull form can be seen on this skiff. 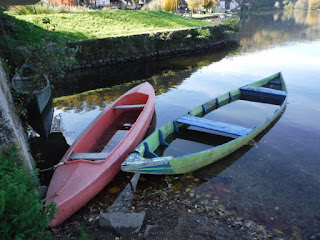 While the Dordogne is undoubtedly lovely, it’s a bit too chocolate box and the influence of  many Brit’s was apparent, not least by the number of estate agents in every town and village. 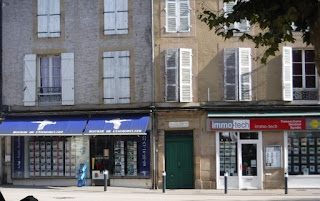 We retreated back to the Correze area where we were staying and where the only non Fench speaking folk we met were an American couple.
Posted by Bursledon Blogger at 06:00