It's over 40 years since I visited Venice, but the magic of the place is still as strong and as moving as it was all those years ago, it really is a living museum, the affects of the modern world are clear to see but the hundreds of years of history are not diminished. 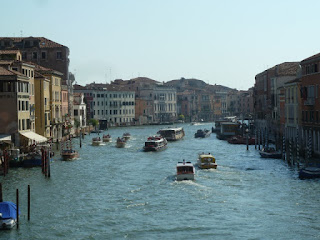 Coming out of the main railway station we crossed the chaotic and fascinating grand canal and then headed off to avoid the main tourist areas and explore the area to the south west of the grand canal. 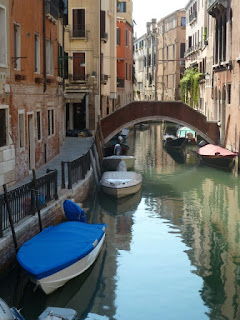 Many of the major churches are charging an entry fee, but in the quiet back streets, or maybe that should be backwaters,  we found delightful churches with amazing 15th century paintings and ornate baroque decorations which were open and welcoming. 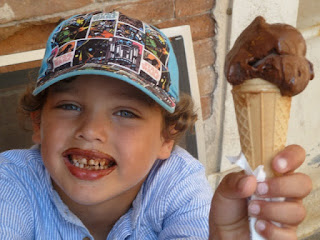 In another square we found what is probably the best chocolate ice cream we've ever had at Euro 1.30 for a cone it was hardly expensive. Lunch was in a small restaurant next to a canal, the choice was vast, the food was very good and the price was unexpectedly reasonable. 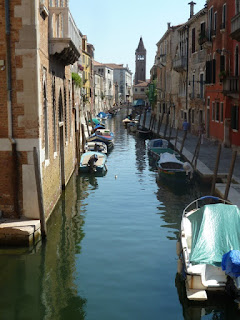 Inevitably we visited Piazza San Marco as Erica wanted to see it, which is actually a bit difficult with all the tourists, but never fails to be awe inspiring. the main tourist route seemed to lead to the Rialto bridge, but a quick right turn and across two small canals were once again back in relative tranquillity seeing things that so many visitors just seem to rush by. 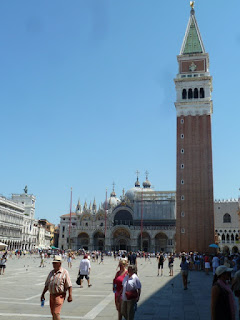 I could wander Venice for days and sit and draw the fascinating city, but Joseph was getting tiered so we decided to head back to the hotel and swimming pool. We  caught the water taxi almost along the full length of grand canal back to the railway station. It's also a great way to see the grandest buildings as it stops and starts every few hundred yards to docks on alternating sides of the canal. 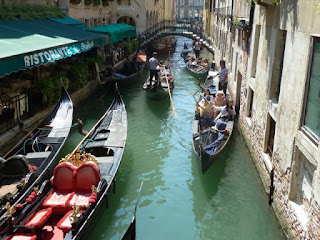