Super Heroes and Villains were out in force at Bursledon Regatta with Superman seen here in flight between the tall towers of Bursledon City. 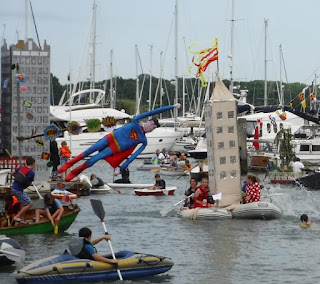 Inevitably there were a couple of Batmobiles, one an almost exact replica from the 1965 TV series 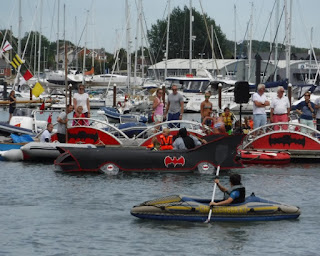 And in the other Batman and Robin curiously assisted by Riddler and what looks like two Penguins. 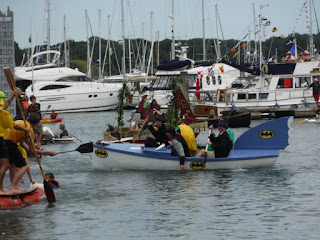 With such villainy afoot and an abundance of super heroes it wasn't long before fighting broke out. 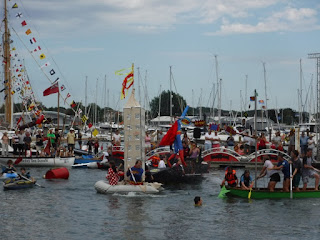 Superman's support crew came off pretty badly, maybe the green hull was too much like kryptonite. 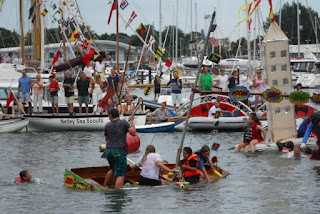