Grey Merlin was apparently named after the paint in which she is finished, but that could just be local legend.

What is fact is that she's a high performance gaffer built on Nigel Iren's Roxanne hull with a gaff yawl rig instead of the cutting edge lugsail for which the Roxanne and smaller Romilly designs are known. 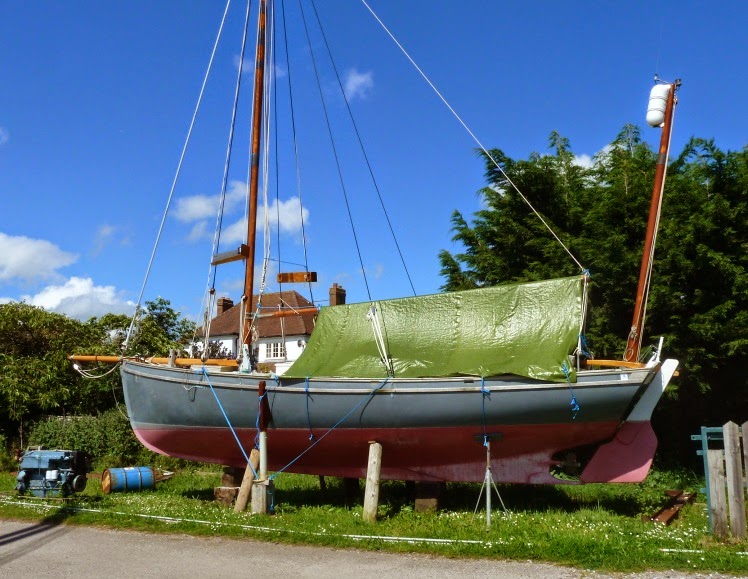 I've seen her many times over the years and she always looks so right, at first glance she could be a traditional work boat but it's only on closer inspection that her heritage become apparent.
Posted by Bursledon Blogger at 06:00