We've passed by Onward of ITO a few times but never had the opportunity for a close look until last weekend. She's an Itchen Ferry, restored in 2000 by Traditional Sail. 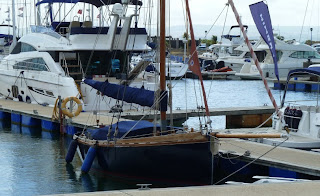 The curious name "Onward of ITO" apparently comes from the first owner one Alfred Parker, landlord of the Marsh Tavern who was known as ITO. 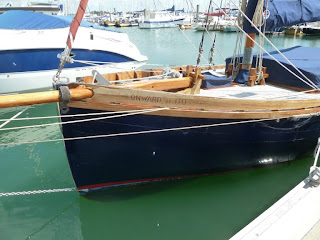 Originally built in 1923 by W Mollett of Southampton, Onward appears to have spent most of her life as a yacht rather than a working boat. 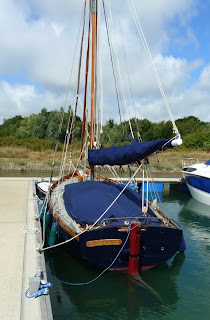 The Itchen Ferry is a local working boat of the Solent, the first examples were built on the River Itchen in the 18th century, the most famous builder was Dan Hatcher. 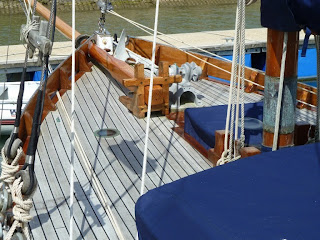 An Itchen Ferry association was formed in 2011, with some great details about the history and the surviving boats. 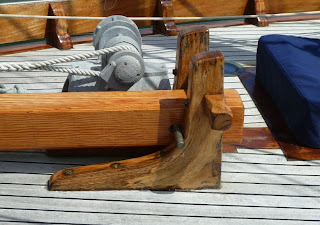