The wind's been blowing at over 40 knots since early this morning so after an early breakfast in Lymington we drove over to Keyhaven to see how things were the other side of the Hurst Spit. 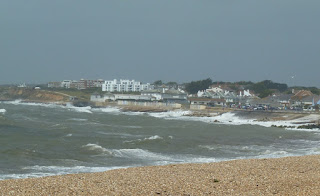 Facing south west across Christchurch Bay and out into the open channel the wind and waves come straight in and pile up onto the beach. 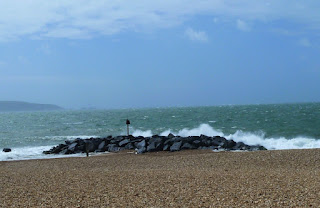 Down in Lymington even the salt water swimming pool was kicking up a nasty chop. 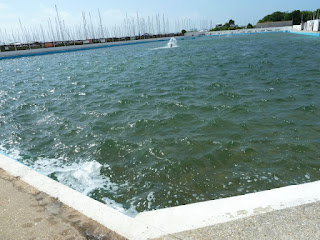 Later in the afternoon it hit 60 knots down at Hurst Castle. Maybe we'll go sailing next weekend.
Posted by Bursledon Blogger at 15:11