The National Maritime Museum has put up some of their archive photo's on Flickr. There are some fantastic pictures of sailing ships, the lives and boats of fishing communities and working boats on the Thames.

Some of my favorites are the small working rowing boats, here is a boatman rowing past St Paul's Cathedral in the early days of the 20th Century. 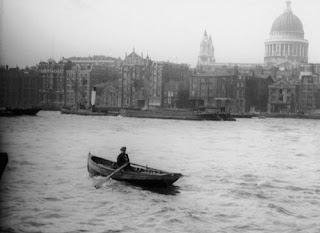 Rowing off St Paul's
Here the Police patrol the London Docks circa 1890, although I don't suppose he's testing for water quality. 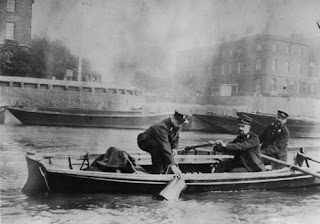 Police Patrol
This German U boat the U155 (still flying the German flag) is moored above Tower Bridge, the year was 1919. The U155 was untypically built as a commercial blockade breaking submarine, she was taken over by the German Navy in 1917 and armed with two torpedo tubes and a gun deck. U155 surrendered on 24th November 1918 and was brought to England where she was put on exhibition. She was broken up in Morecambe in 1922. 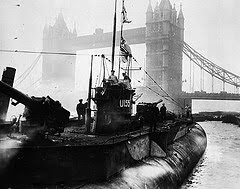 U155
National Maritime Museum have posted some great examples from their collection, let's hope they add more soon.
Most of the images are marked "no known copywrite" so I hope the National Maritime Museum won't mind me posting them here - if I have infringed any permissions please let me know and I will remove them with apologies.
Posted by Bursledon Blogger at 01:52