Wonder featured in one of my earliest posts back in 2009, before that I was involved with her about 20 years ago including going down every night for a bout 3 weeks, pumping her bilges while the planks took up after a spell ashore. 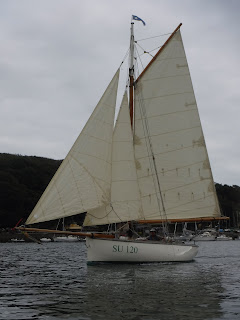 She's had a few owners since then including a spell over on the East coast and had an engine fitted along the way. While kayaking across the harbour at Fowey she came sailing lazily past and the owner stopped for a chat. 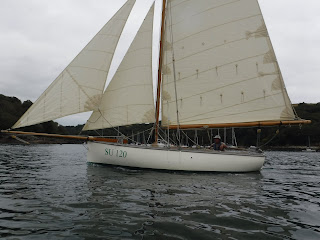 He moved her down to Fowey about four or five years ago and enjoys day sailing out in the bay and even further afield. She looks really nice with her light coloured topsides instead of the original black, which although authentic rather disguised her hull lines which show up much better now. I believe he said that he's had another engine fitted, either way having auxiliary motor power makes a lot of sense and a more practical boat to sail, hopefully for another 100 years or so. 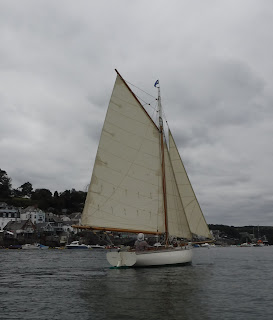