Well not exactly but the Deux Chevaux, Citroen 2CV (two taxable horse power) is an iconic image of rural France in the second half of the 20th century. 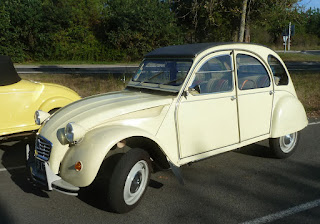 Above I had one exactly like this, same colour in the early 80's. We drove it down through France, Switzerland, almost over the Alpes (took the Mont Blanc tunnel) to Milan, Genoa and across to the South of France. 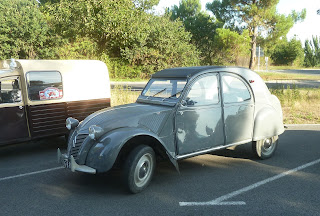 Earlier version without windows in the rear in the rear pillars, I had one which was only around 405cc rather than the more normal 600cc, slow it was. 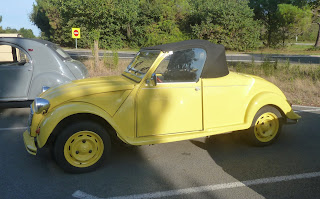 This cabriolet version was great, sadly my French isn't good enough to understand if the owner converted it. 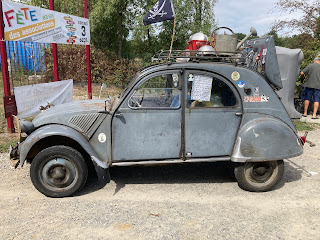 And finally a lone and characterful 2CV from the village next to where we were staying, love the pirate flag and horns. 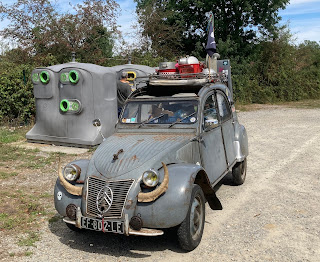