Arrow is a West Solent One design in fact W1. 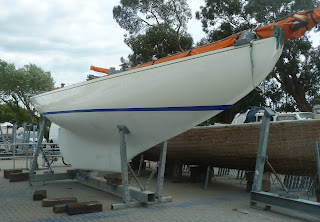 Built by Berthon in 1923, previously named Dart and Hauhine, she had a major restoration in 1998/9, she's had an exciting and active career since, with entries in RIOW, The British Classic Yacht Club Regatta, the Regates Royales in Cannes and Voiles de Saint Tropez. 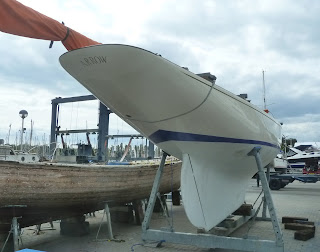 It's always difficult trying to take photos in a boatyard, but I was passing and wanted to have a look.