New Year's day, settled and fine with even a little midday sunshine, steely grey broken clouds made for some dramatic afternoon views. 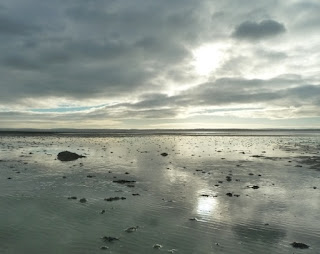 Winds were light but there were still a couple of windsurfers out hoping for more wind and a few paddleboarders hoping for less. 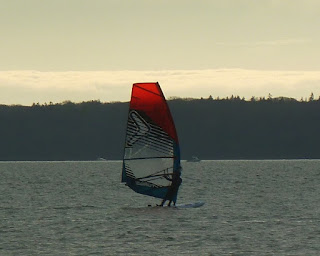 I'd already been out rowing in the early morning, but it was nice to take a late afternoon stroll along Hillhead with views across the Solent. 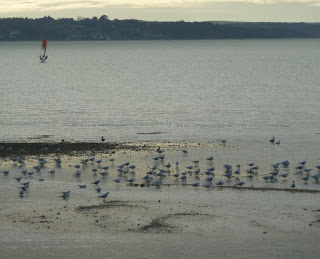 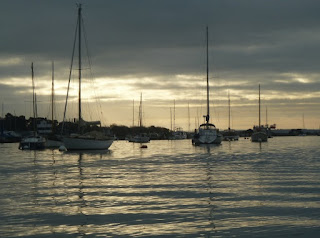