We've sailed around it but until the weekend we've never visited Gilkicker Point on land, which is slightly ridiculous as it's only 20 minutes away. 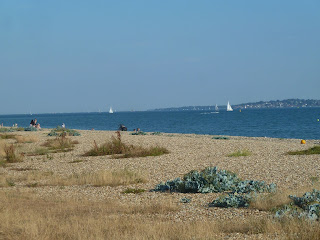 At the eastern end of the Solent and despite the shingle it's one of the most un-spoilt beach areas, with good access, sadly  the greedy Gosport council levy hefty parking charges which is probably one of the reasons to stay away. 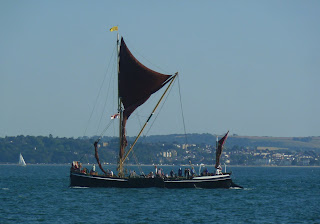 A Thames barge motors steadily past with Ryde in the background on the Isle of Wight. 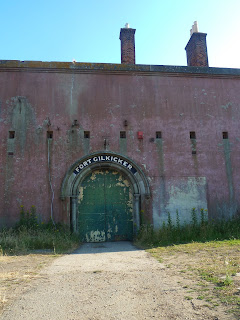 Fort Gilkicker, the Palmerston era fort build to defend the important Spithead anchorage between 1863 and 1871 arranged in a semi circle with 22 gun emplacements (casemates). I wanted to see the fort before it's developed into a luxury waterside development.

Sadly the whole place is fenced off and overgrown so I couldn't get much more than a walk around the perimeter. 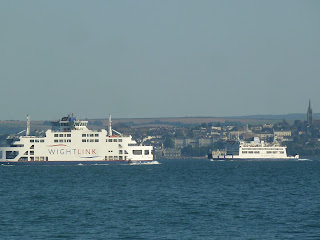 Once built those living there will enjoy fabulous views across the Solent, seen here the ferries cross paths one bound for Wooten and the other Portsmouth.
Posted by Bursledon Blogger at 06:30