Actually not that early given that it's the end end of April, but with the weather this year it felt like the start of the season for HRSC cadets first sail-away of the season. 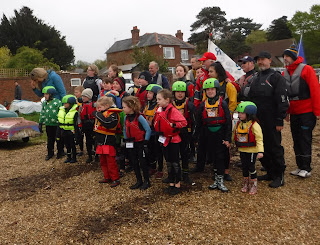 The intended course was upriver to Swanwick hard, but given the northerly wind the fleet was towed up to "shipwreck bay" so there was a reasonable beat up the final reach to Swanwick where drinks and chocolate biscuits were waiting. 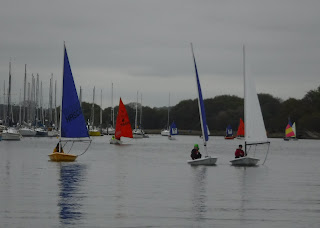 After which there was a pleasant downwind sail back to the club, during which the fleet got spread out, but everyone was having lots of fun. 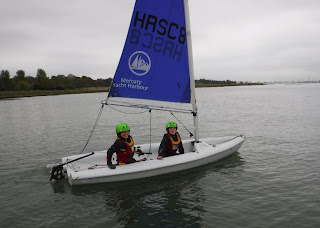 The cadets were under strict instructions that no pizza and chips were being served utill all the boats were put away, which clearly worked as by the time I got back from putting the safety boat back on it's mooring, everything was cleared up in record time and the clubhouse was buzzing with kids enjoying a well earned lunch.
Posted by Bursledon Blogger at 07:00