Joseph pointed out that he's never been on a peir . Being an enthusiastic eight year old his comments were more than little influenced by the attractions of the bright lights, arcade machines and the fairground. 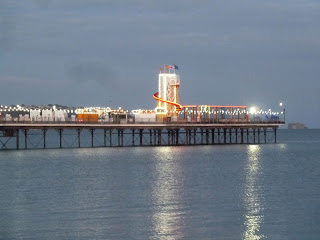 Call me Mr Miserable I just don't like fairgrounds, theme parks and especially arcades, but what can you do. Despite being bombarded with over loud electronic noise, flashing lights Joseph had a good time and I remain convinced that piers are much better from a distance.