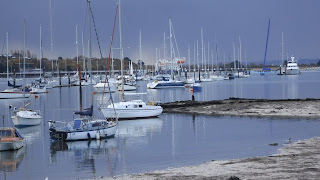 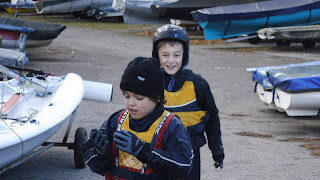 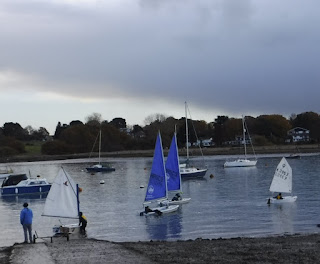 Meanwhile Dad was off crewing on a Dart 16, it seemed like a good idea until the hailstones started with the 5 minute gun. The squall which had brought the hail, rain and wind, passed through at the end of the first lap, leaving the frozen crew wallowing around. We carried on and finished the three circuits of the long course just as the second race was starting and decided enough was enough.
Posted by Bursledon Blogger at 06:00