I spotted these two Morgan Giles 43's a while ago when they were in the hard getting prepared for the season, so it was nice to see them on the water down by the lock gates at Chichester Marina. 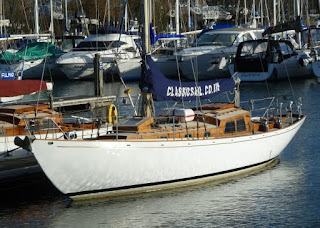 The three boats are Gryphis, Pegasus and Leopard are operated as sail training boats, continuing their origin as Royal navy yachts. 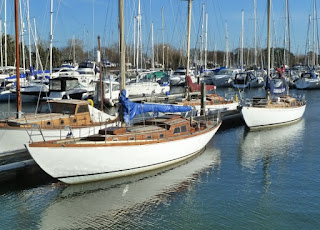 It's great to see all three together and in such great condition, especially after seeing them part way through restoration the previous year 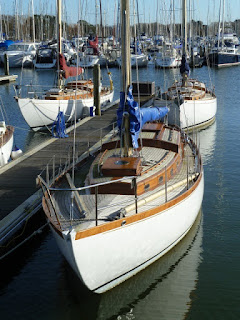 Ed writes, "I was browsing though some old photos including a couple taken during my naval training at BRNC Dartmouth in the early 1960s and came across the attached. On the tender is the yacht's name "Gryphis" and it was taken during a trip across the Channel in 1962; not much wind as I recall but it looks as though my efforts in the galley met with a mixed reception".

"Each division at the College had its own MG 43 yacht and Gryphis belonged to 'our' Grenville Division. Imagine my surprise when I Googled her name to find that she was not only still around but in excellent condition and with an assured future ahead". 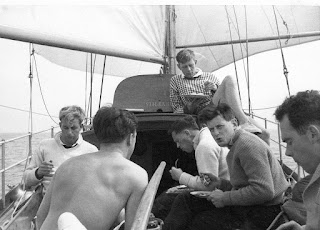 Thanks to Ed for sharing a real piece of history.
Posted by Bursledon Blogger at 07:30