I was able to help out fellow blogger Tillerman recently having spotted the Cowes Hammerhead crane in an old sailing photo of him from back in the 1980's. For anyone who's traveled up the Median river from  Cowes, the crane (sometimes called Souter's crane correctly or not) will be a familiar land mark. 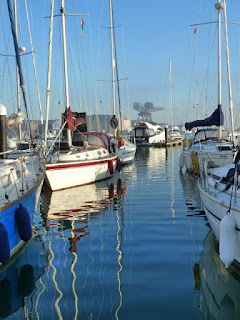 The character of the river changes markedly above the chain ferry which runs between west and east Cowes. Upriver the river frontage is still largely industrial although the seemingly inevitable waterside flats have taken a firm hold. Downriver the entrance still has it's classic, even aristocratic elegance down past the promenade to the Royal Yacht Squadron. 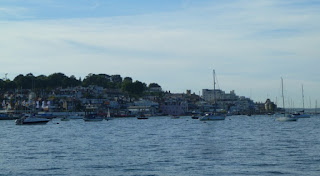