Anyone who is interested in the wooden boat building revival will be aware of Scamp the John Welsford designed 12 foot micro cruiser. SCAMP stands for Small Craft Advisor Magazine Project after the publication which sponsored the design and has been instrumental in it's success.

Although John's design is both  highly competent and original the idea of a diminutive cruiser has been around for many years. Walking through Keyhaven the other day we spotted this example of a tiny cabin sailing boat. 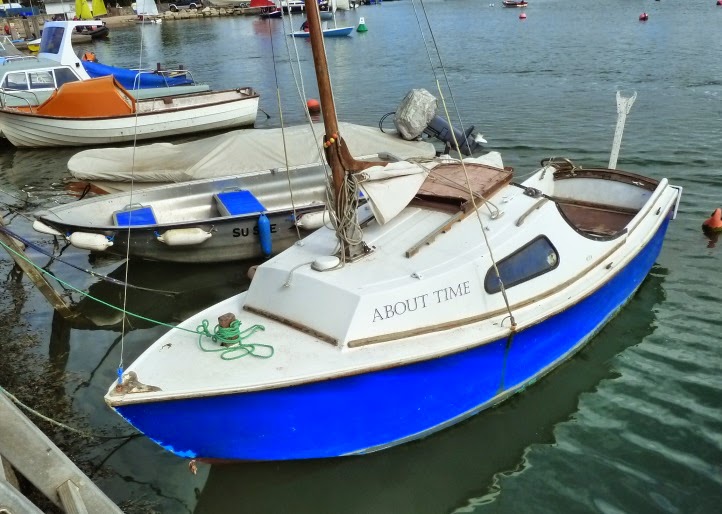 I'm pretty sure it's a West Wight Potter and given her location (in the western Solent opposite the Isle of Wight) seems entirely appropriate. Slightly larger than the Scamp at 15 feet (although you could probably loose a foot with a pram bow like Scamp). There's a thread running on the woodenboat forum asking John to design a 15 foot version on the SCAMP which was started by Keep Turning Left impresario Dylan Winter, who points out that many of us middle aged sailors are becoming a little broad in the beam and have too much stuff for the 12 foot version.

Not sure what conclusion I'm trying to draw, but while I figure it out there's a good account of a recent SCAMP rally over on the Dory Man Blog