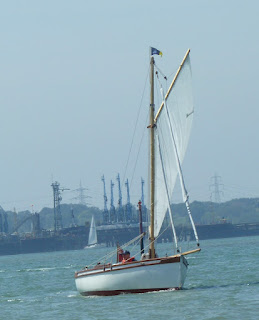 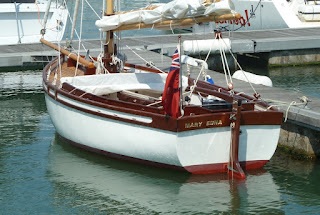 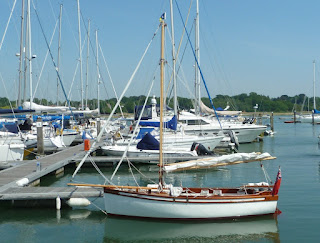 The build started by modifying the sheer line of the GRP hull which was raised mostly amidships. She was then fitted out as a gaff cutter, with plenty of very nicely varnished wood - lovely.
Posted by Bursledon Blogger at 03:30