We were down at Portsmouth dockyard this morning to see my youngest daughter Katy serving aboard as HMS Ark Royal. One of the Navy's aircraft carriers, they arrived back in her home port after a four month tour of duty, during which they visited America and Canada. 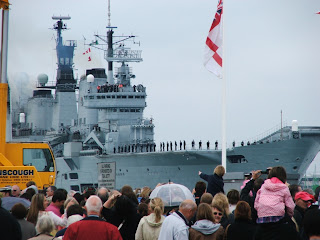 The historic dockyard was lined with families and friends waiting to welcome their loved ones. The Royal Marine band turned out in full regalia to welcome the ship. 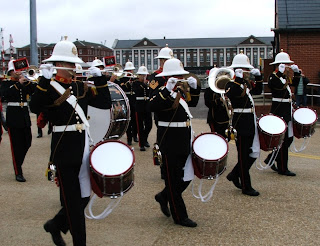 The weather was cold and overcast, so for the crew who were stood to attention on the flight deck for over an hour while the ship was manoeuvred alongside by four massive tugs, it must have been freezing. 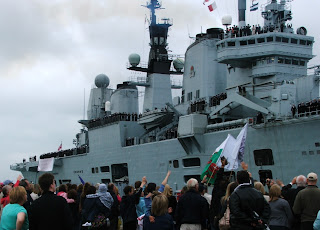 Katy was up on the flight deck and saw us waving almost as soon as the crew was stood down. 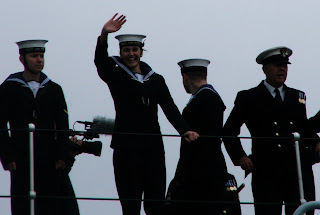 Family and friends were allowed on board , which in itself was a great experience, Joe wasn't quite sure what was happening, but he was really pleased to see his big sister, who had brought back a big bag of toys from her trip to Disney World. 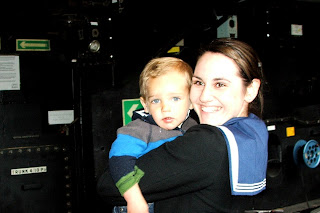