They say an Englishman's home is his castle and that's certainly true down on the Netley Foreshore.

Built originally in 1542 as part of Henry VIII's coastal defences known as Device Forts, Netley Castle spent much of the 20th century as a publicly owned convalescent home. Since the 1990's it has been in private ownership. 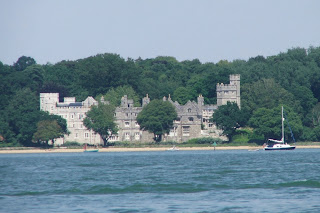 The castle is adjacent the pretty village of Netley, on the eastern shore of Southampton Water. 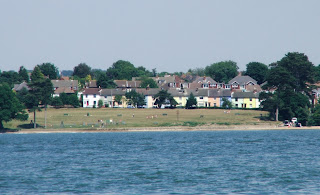 Further along at Western Shore and back in the 1970's, the town planners broke with tradition and put up these, no doubt Le Corbusier inspired tower blocks. 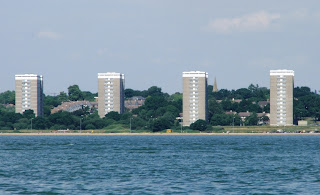 Having said that; beauty is in the eye of the beholder, and I must admit the views from the penthouse must be spectacular.
Posted by Bursledon Blogger at 00:20