Come Rowing on the Hamble

Regular readers will know that rowing is a great way to get out on the water, the simplicity of a rowing boat means you can fit in a couple of hours rowing between all the other busy demands of modern life and it’s great exercise.

Some good news is that “Hamble River Rowing” is being formed as a club to encourage recreational rowing on the river. 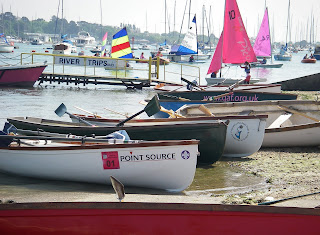 The idea for a rowing club has been under discussion for some time and has finally come together with the support of local people and businesses. Two members have generously loaned boats - Bursledon Gigs to the new club, they are to be based on the pontoon at the Jolly sailor pub, which together with Brewery Hall and Woodhouse are helping the club get off the ground ; or should that be away from the dock!

A rowing program includes evening rowing on Tuesday nights during the summer, expedition type rowing at the weekends as well as entering a team for the Hamble River Raid.

A kick off event when prospective new members can come along and see what it's all about will be held on Saturday 17th April at 11.00 at the Jolly sailor. As well as the two club gigs, other members will be bringing a variety of rowing boats along, and of course I will be bringing Gato Nego along. So there will be plenty to do, for details see the website. 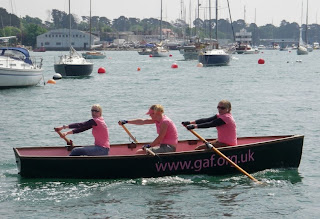 The Bursledon Gig is well established on the river, based on a west country design, the boat is safe and stable, with up to four crew plus cox. The boat is used by the local Sea Scouts and is the main class in the annual Hamble River Raid

Longer term plans are to purchase club boats which members can use either on club nights or for individual rowing. It sounds like a great idea and a low cost way of getting people involved in traditional rowing, so get on down to the Jolly Sailor on 17th April and have a go. 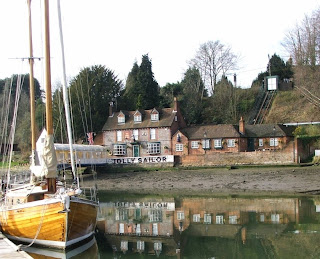