Due to poor weather "The Three Creeks Race" sadly didn't run this year. It's one of the more obscure and interesting yacht races in the Solent calender. Starting as it does on the quay at Ashlett Creek below, competitors can bring their yacht alongside, or anchor outside in deep water and make their way to the quay by dinghy. Use of the outboard is permitted. 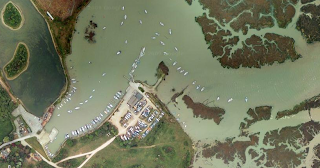 Ashlett is a small drying creek on the western side of Southampton water, just north of Calshot Spit . The Ashlett Sailing Club has it's clubhouse in the old tide mill, is very friendly and well worth a visit.

From Ashlett the first leg of the race takes the fleet down the western Solent into Newtown Creek on the Isle of Wight or the "South Island" as the locals like to call it. Here the boats have to anchor and then take the dinghy ashore to the quay at Shalfleet in order to finish the first leg. 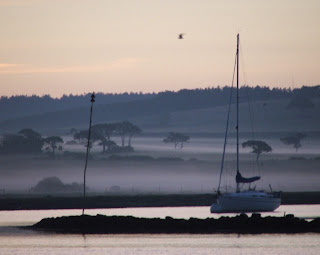 Newtown Creek is owned and managed by the National Trust and is a wonderful and unspoiled part of the Solent, where curlews, oyster catchers and egrets are disturbed only by the visiting boats who stay overnight. 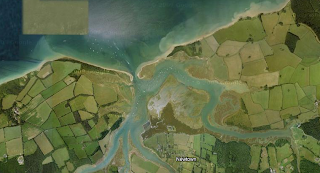 On Sunday the race starts again, this time an anchor down start outside the entrance to Newton Creek. The boats make their way past Cowes and into the Eastern Solent, finishing at Wootton Creek and the Royal Victoria Yacht Club for lunch and prize giving.

Below, one of the regular winners Greg, inspects his anchor at the start of the 2005 race, which he went on to win in his Memory Class. 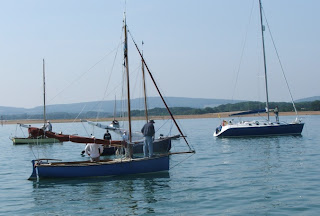 Wootton Creek below (and the village of Fishbourne which is located on the eastern side of the creek) between Cowes and Ryde on the Isle of Wight. 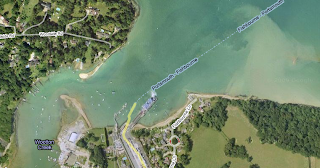