Sixty-five years ago the allied forces embarked on one of the most remarkable military operations, the landing on the beaches of occupied France which led to the liberation of occupied western Europe.

Walking along the river on the eve of the anniversary, it's hard to imagine the scene on that momentous day, not so long ago. 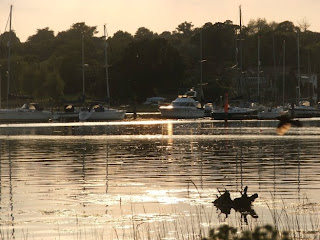 This memorial on the quay at Warsash, celebrates the British and Allied Naval and Commando units who left the river on 5th June 1944. Around 3000 commandos embarked from Warsash pier, in landing craft which had been lying in the river. Some 80 landing craft set off across the channel as part of the 1st LC Squadron HMS Tormentor.


The memorial is made in the shape of a landing craft bow. 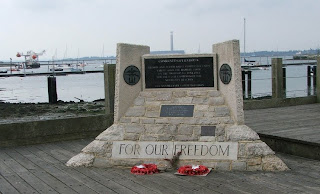 Military operations were run from the Rising Sun pub adjacent to the pier. 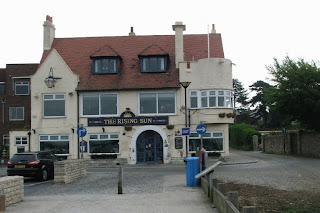 The scene this morning was very different, with slightly somber low cloud.

Locally the events of 65 years ago are well remembered, later today in Portsmouth an RAF Hercules will drop a million red poppies over the city.

Our local green grocer has also joined in the celebrations with this window display . 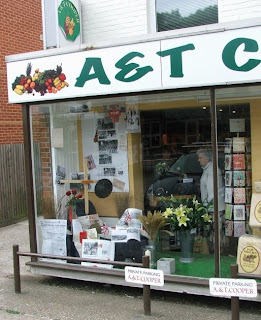 This post, in it's small way, is to honour all the men and women involved in that epic day.