I spotted Sathuta while kayaking around the harbour thinking she is a Van De Stadt Legend 34 same as our Blue Clipper, getting up close she seemed very familiar but hot exactly the same as I remembered, but there was no one around to talk to.  Most were built by Tylers and fitted out by different yards or even DIY. 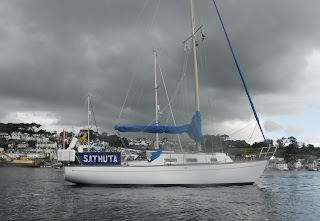 A couple of days later D'Barcuno sailed in which I'm sure is a Legend 34 and was based on the Hamble a few years ago. 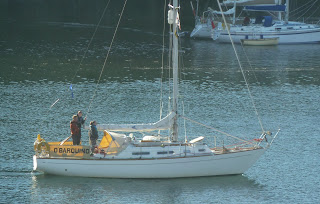 We've had bigger and smaller faster boats that Blue Clipper but I still assert she was the best boat we had and my favorite.