Cafe Culture - Mermaids are back

A new mobile cafe has popped up on the river path at the area which used to be called Crableke, to the south of Premier Universal Marina.

It's a good spot for a rest between Swanwick and Warsash, plus a separate path breaks off toward Holly Hill past the donkey sanctuary . 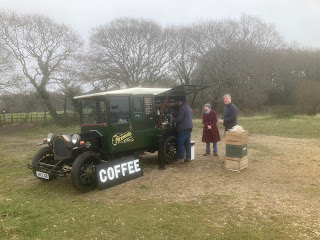 Previously the team ran the Mermaids cafe and then restaurant at Universal, the new service is open only on Monday's but will hopefully expand.

Seen here local Councillor Sean Woodward was one of the first customers.

Stop by next Monday and give it a try.