There were a lot of these boats, some still actively fishing and other restored as pleasure craft. 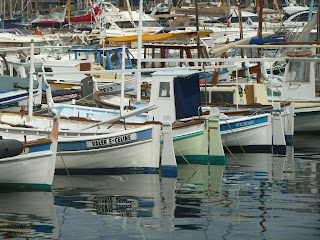 While very distinctive double ended like some of the traditional Scottish craft, the hull form also has similar characteristics to our local Itchen Ferry with the wide beam, tight turn of the bilge and flat garboards. 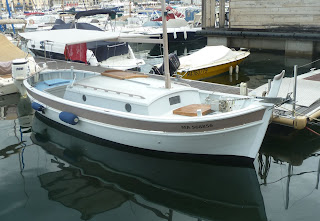 The full length flush decks presumably made things relatively safe if they were caught out in one of the regions viscous squalls. 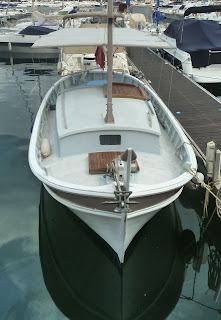 Many have been converted to pleasure craft, some perhaps less sympathetic than others, but it looks like a great downtown weekend pad. 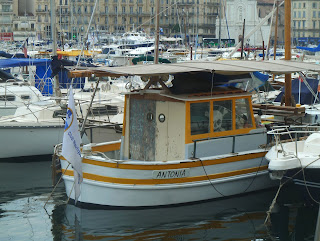 One of the aforementioned local squalls, fortunately it had blown through by the time we finished lunch. 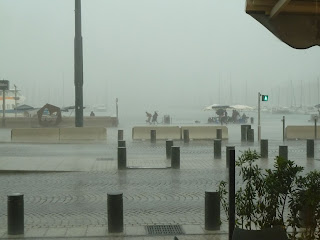