Th Fowey River class dinghy is based on a 15 foot knockabout dinghy, plans were published in Yachting World to a design by Reg Freeman and gradually a fleet was established in Fowey during the 1950s. 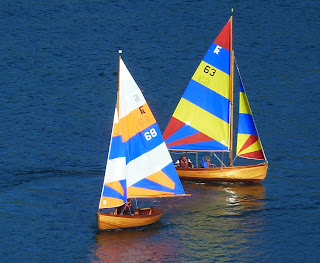 Interest in the design during the 1990's  led to the building of new boats by local boatbuilders including Marcus Lewis who has launched the newest boats numbers 63 and 64 to the fleet. 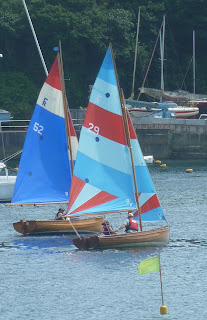 Don't know. the history behind the colourful sails but they look so good especially lit by the late afternoon sun during the summer evening races. 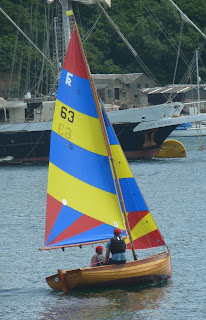 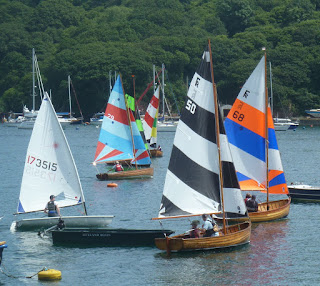 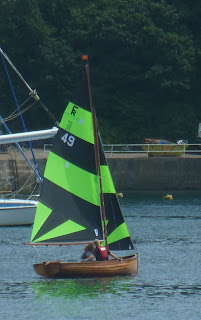 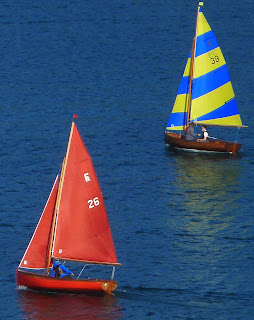 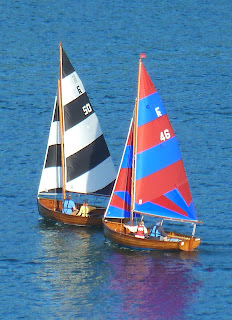