We've been in France again short trip over Easter to Brittany, on the way stopping off at the Normandy port of Honfleur. 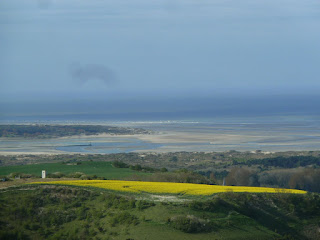 Above en route, we're not exactly sure where this is but probably Le Canche river, looks like a tricky entrance. 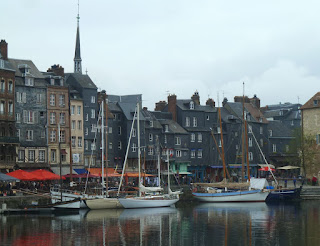 Honfleur vieux-bassin (old harbour) surrounded by 16th and 17th century buildings, the town grew up on maritime trade based as it is at the mouth of the river Seine opposite Le Harve. In later years it became a favourite of artists including Monet a theme which continues today. 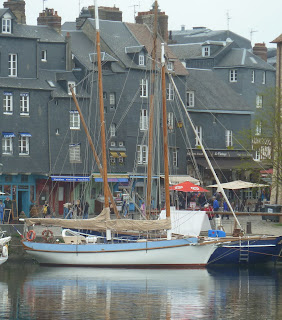 Some interesting boats seen along the old commercial harbour, I've seen these training boats before ketch rigged around 26 feet with twin rudders, they look fun to sail sort of a modern, high performance Dranscombe. 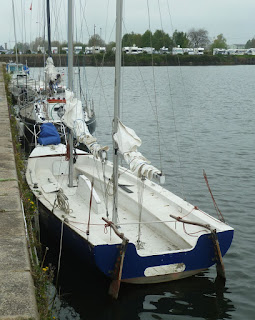 This one by the late Daniel Bombigher which is think is his Shpountz design but they are shown in plans as a schooner while this lookslike a ketch (could just be the bad camera angle). Whatever it's very salty and romantic, but looks like a lot of work to sail and maintain. 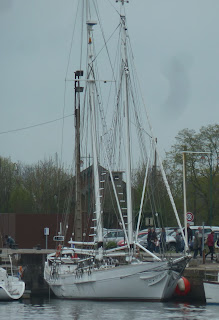 Local boat either restored or a new build as part of the program in France where local communities were encouraged to build replicas of their native craft. I couldn't read the detail other than day trips are available. 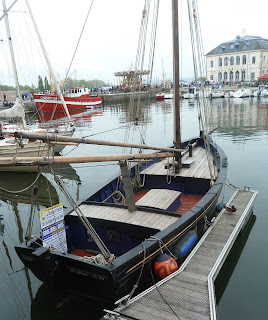 Interesting paraphernalia at a waterside bar, L'albatross was in fact an Evinrude, judging by the rust and corrosion probably best used as an ornament. 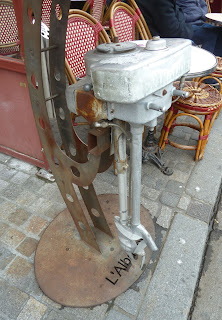