The old cafe building at Swanage pier head has some interesting graffiti. There's obviously a local controversy over the proposed development for which planning appears to have been granted back in 2012. 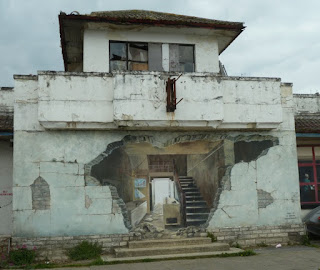 Edward Hooper's Nighthawks have come to Dorset in this side mural. 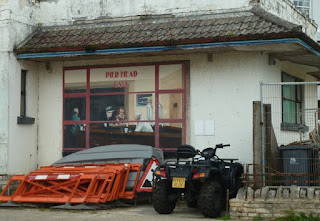 I'm in two minds about the proposed development, Swanage is a largely Victorian seaside town and while I quite like the new design, my personal opinion is that it's too much contemporary cookie cutter, glass and steel architecture with no attempt for the context and history of the pier head area.

Given that the planners made such a hash of the failed marina development back in the 1980's with the result that a bunch of Spanish style dwellings now grace the area beyond the pier I'm not at all sure they can be trusted with this.
Posted by Bursledon Blogger at 06:30