Matilda Emile our First 21 moved up to her new home at Scarborough on the north east coast almost 2 years ago, but the new owner is still sending me pictures and she's looking great. 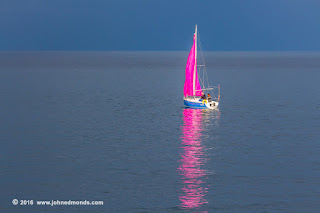 That pink spinnaker looks fantastic reflected on the calm, blue sea, apparently the picture made the local press.

Below Matilda or Valkyrie as she's now named leads the fleet. 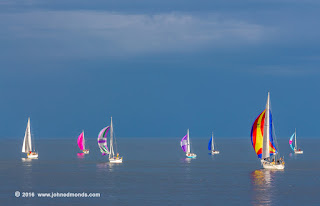 Thanks to Roger for sending the pics which were taken by John Edmonds who hopefully won't mind me posting here and who has some great pictures of Scarborough on his web pages.
Posted by Bursledon Blogger at 06:00