A fantastic weekend camp included a pirate treasure hunt, with the gang of happy treasure hunters wading and riding through the winding upper reaches to Botley where a hoard of treasure included custard creams, iced biscuits and soft drinks courtesy of the priate queens, AKA Rachel and crew. 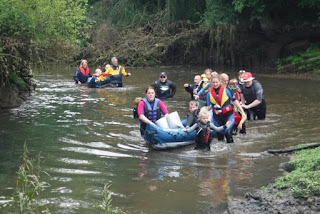 Checkout the video as the bunch of fearless pirates have a lot of fun on the homeward leg.

Setting out from Fairthorne Manor the going was quite easy. 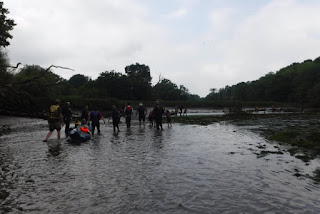 Later with steep and deep mud on both sides as the river winds its way to Botley, a lot of the pirates thought it was easier to ride. You might think that the motley crew slept well after all the day's exertions but marshmallow toasting around the fire went on well into the night. 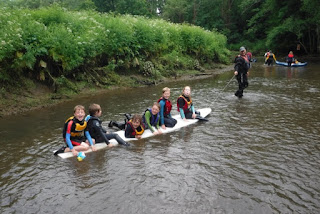