The wreck of Edmund Fitzgerald

I've been reminded by fellow blogger (now on Facebook) Soundbounder that it was November 1975, forty years ago that the the 729 feet LoA, Great Lakes freighter, the Edmund Fitzgerald sank with the loss of all crew. The tragedy was commemorated by Gordon Lightfoot in a song of the same name. 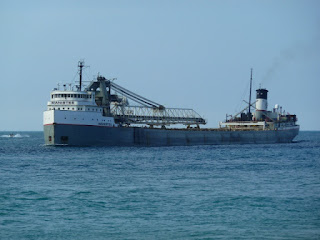 It's one of those things in life that has stuck with me, even though it took place half way around the world. I can clearly remember when I first heard the song, it must have been October or maybe early November 1976, I was painting a cartoon of the Hobbit Bilbo Baggins for a girlfriend, well it was the 70's. One of the Radio 1 Saturday morning DJ's played US releases and chose the song from Lightfoot's Summertime Dream album. 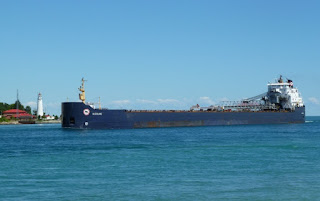 Fast forward 35 years and we saw some of these huge vessels while on holiday on Lake Huron and got to really appreciate the scale and beauty of those vast freshwater lakes. All the pictures here are of lake freighters approaching the St Clair river which joins Huron and Erie. 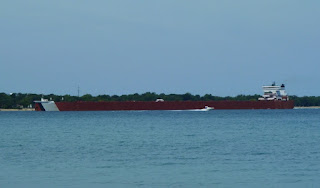 In the words of the song "the ship was the pride of the American side" so it's no surprise that there are a number of events to mark the event.

If you haven't heard it, here's the song.