This small seaside town is only about 30 miles away along the coast, but as we walked along the shingle beach I realised that it had been thirty five years since I’d last visited. In the long hot summer of 1976 we had finished our A level exams and a those of us with cars or motorbikes would drive down the sixty odd miles from west London and camp in the sand dunes which lie to the west of the river Arun. 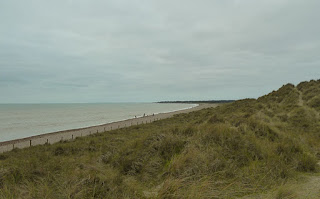 Today a golf course extends right to the coast, leaving just a small strip of dunes, some of which is fenced off in the name of nature protection. 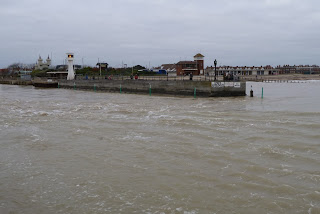 The the river Arun runs past the town, where opposite a couple of marinas occupy the west bank and then out into the sea setting up very strong currents.This yacht was making slow and bumpy progress against the ebbing tide, but eventually made it past the breakwater and out into the open sea. 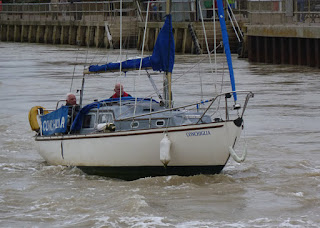 The yacht in question looks like a Trident 24 these boats were built between 1960 and 1980 by Marcon Marine to a design by Alan Hill. 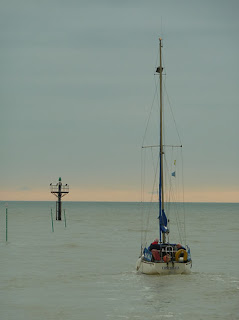