This year marks the 70th anniversary of the Battle of Britain, when the UK, stood virtually alone in Europe. The imminent threat of invasion was averted by the action of the Royal Air Force and largely fighter command, defending the skies along England's southern coast and preventing a sea borne invasion.
The campaign ran throughout the summer of 1940 and led to Winston Churchill's famous speech "Never in the field of human conflict was so much owed by so many to so few". 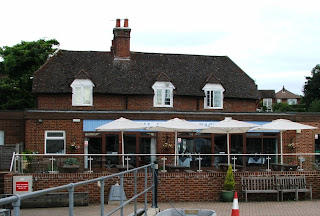 After 70 years there is a risk the memory of the event and of those who defended this island nation will fade.
Down in Hamble village however that is unlikely at the RAF Yacht Club. Founded in 1932 by officers of the RAF, the club has a proud if unusual history. 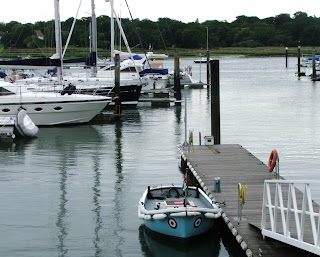 RAF service hasn't been a condition of membership for many years and today the club is a modern and active yacht club, but the club's association with the RAF and those who served in combat is still strong.
The club celebrates the memory of the Battle of Britain each year with a remembrance service, a club dinner and in recent years the "Battle of Britain Regatta".
Posted by Bursledon Blogger at 01:21