I thought it was a bit odd when local pilot cutter Westerman turned up on the hard at a local marina. She was built for yachting journalist Tom Cunliffe and has been up for sale over winter. 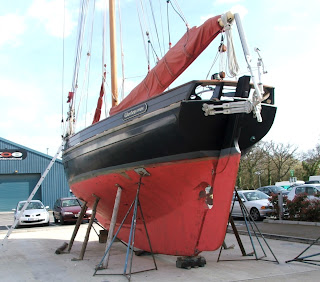 I bumped into Tom's daughter at the Hamble River Rowing day and she confirmed that Westerman had been sold the previous weekend. 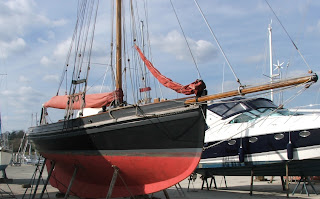 Designed by Nigel Irens as a modern day interpretation of the Bristol pilot cutter, Westerman was the first in a series built by Covey Island Boatworks, Nova Scotia in 1997. Since then Tom has sailed her far and wide, as well as being a regular race winner with the Solent Old Gaffers of which Tom is area president.