Memory - the boat to beat.

Down at Salterns Boatyard on the river, my friend Greg builds the Memory, a delightful 19 foot gaff sloop. Inspired by the refined shapes and practicality of the small, shoal draft fishing smacks of Brightlingsea, Memory's are also very fast, regular winners in the Old Gaffers Association races. 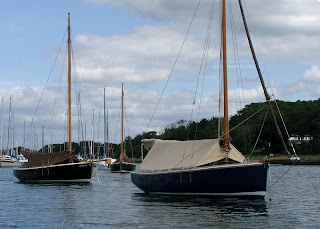 A few years ago Roy Hart and his Memory Greensleeves competed in the 1800 strong "Round the Island Race" around the Isle of Wight. Roy was first in class, but disqualified on a technicality for failing to have an orange smoke flare in his emergency equipment. 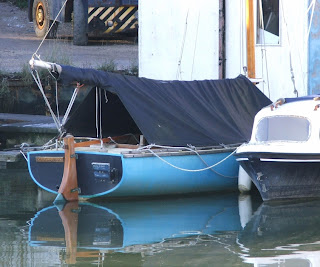 There are more than a few Memory's locally, with some hotly contested racing in the summer, which brings me onto the point of this post. The Memory is in the same class as Greta our yawl, Greg's own Memory "Flugel" is as fast as any of them and he has beaten me two years running in the Bursledon regatta

Two years ago we held neck and neck until the last run back up Southampton water in heavy winds, when he left us for dust (or rather rain and spray), we came in second.

Last year we had a great race and finished well ahead of Greg, only to be pipped on handicap. 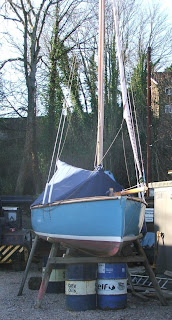 This isn't Flugel, it's a Memory which belongs to another friend, but you can see from the hull lines why they are such a fast boat. 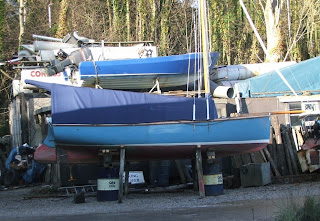