I don't normally pay much attention to motor boats, but rowing up the river the other week this fast and frankly fantastic looking speedboat came past and really caught my eye. I saw here later in a local marina, sadly the picture doesn't really do it justice.

Another local boat - Oniros was on the slip earlier in the year, originally built as a west country lifeboat (I think she serverd at Salcombe in Devon) the current owner has converted her to a great, go anywhere motor boat. Last season he made a trip to the Baltic and back. 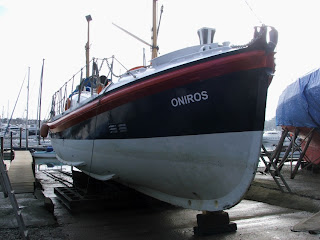 I've heard that she is going back to the west country where she will be based. She has been a regular feature on the river for several years and will be missed. 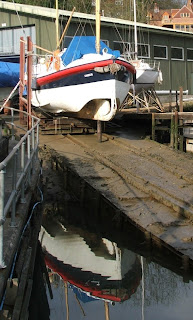