While we were up in London recently Joseph had heard that Camden market was a bit of a foodie heaven, so we headed up there for lunch. 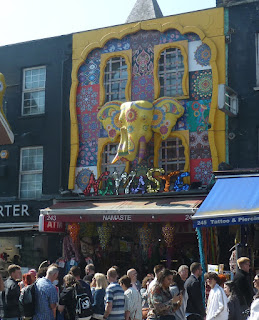 With the glorius, early sunshine the eclectic high street was packed, but well worth a visit, hardly any chain stores to be seen amongst the hip and bohemien shops. 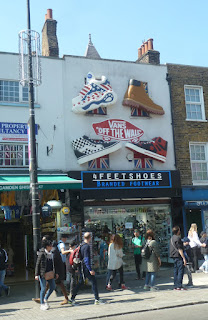 We tried some really tasty chicken at a Thai kitchen, and then almost overwhelmed with choice, before decideing that "voted London's best burger" was too good to miss, not sure who voted for it but they were certainly good. 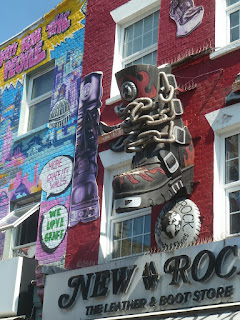 The area around the market and canal locks saw a surge in popularity in the early 1980's when Breakfast TV studios located alongside the canal complete with Terry Farrel's modernist giant eggs in eggcups on the roof. The surrounding high street has carried on the idea of visual creatvity,  well worth a visit even if you're not shopping. 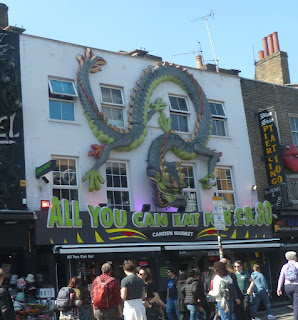