At nearby Netley, the former Royal Victoria Hospital and grounds is now a rather loverly park.

Although I've visited many times I had not walked through the military cemetery in which the majority are the graves of WW1 servicemen from Britain, Commonwealth and other nations including German soldiers. 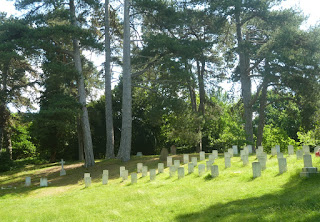 The landscape is particularly beautiful and while not like the immaculately kept military cemeteries of France and Belgium, is a tranquil and peaceful resting place and memorial. 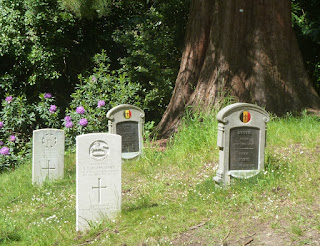 British and German soldiers, patients of the hospital lie side by side in a glade under the protection of a majestic tree.
Posted by Bursledon Blogger at 06:30