We've visited the Normandy beaches a few times but had never visited Omaha beach until this year. 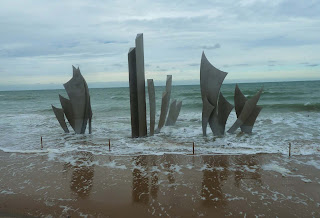 American troops landed on two beaches names Charlie and Dog Green at Vierville-Sur-Mer  where this monument provides a poignant reminder. 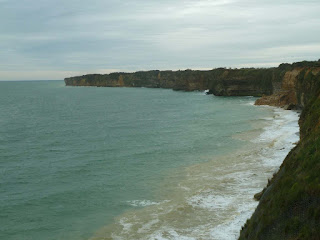 Either side of Vierville are sheer cliffs, while the beaches were heavily defended. 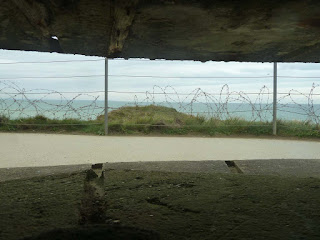 The channel as seen from the massively fortified emplacement on the nearby Pointe du Hoc.