The Tower of London that is, although that skyline is not one Henry VIII would recognise. 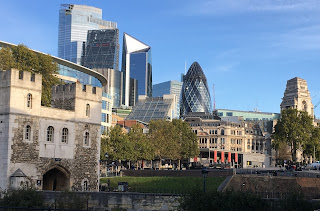 I'd arrived nearby early for a meeting so took the opportunity of a particularly fine morning to take a walk around the Tower perimeter, along the Thames and back through St Caterine's dock. 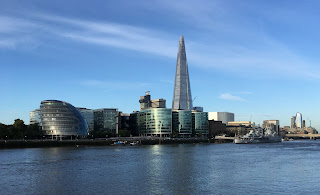 Across the river, the Shard, the Belfast and a collection of modern building which have characterised the river frontage during the past 25 years or so. 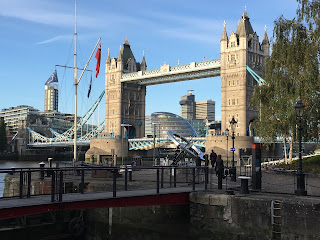 Majestic as ever Tower bridge needs no introduction . 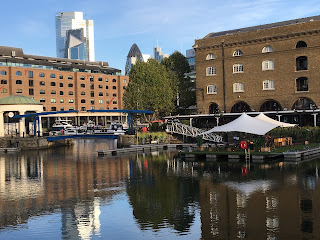 My route to St Catherine's dock went across the lock gates, apparently entry can be daunting especially if the tide has started running, 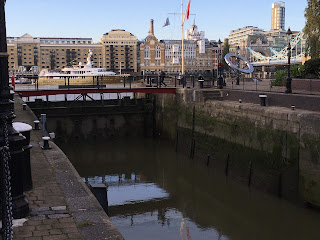 More than a few boats were being used as floating pied a terres and what a great place to stay for a few nights in the centre of London. 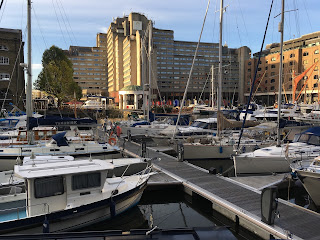 I'm guessing that London marina prices aren't cheap, but there appears to be plenty of people who can afford them and are not shy about the fact. 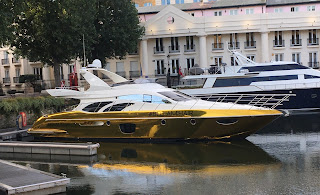 St Thomas tower and the famous Traiter's Gate regardless of your position on BREXIT given the actions of some. of our political class over the past 3 years, there are a few people saying that maybe we should bring this back into use. 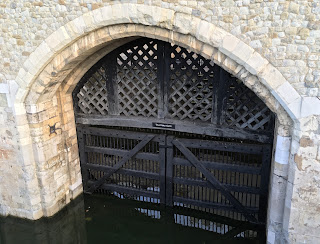