May have arrived a little early this year, with still 10 days to go to the vernal equinox on 20th March.

I was up early watching the dawn with a cup of tea as is my habit on Sunday, thinking that the clear sky might herald the rare opportunity to go rowing, but a look at the tree tops bending and shaking soon put paid to that idea. 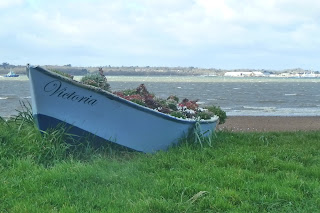 Instead I did a loop of the Hamble river by bicycle, enjoying the relatively sheltered woodlands through Mallards Moor and Victoria Country park until emerging on Southampton water at Netley. 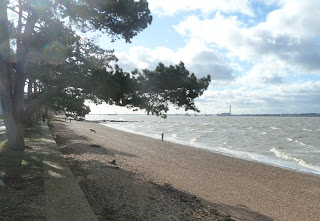 Down at Netley Sailing club there were a couple of casualties, I don't imagine there will be sailing today. 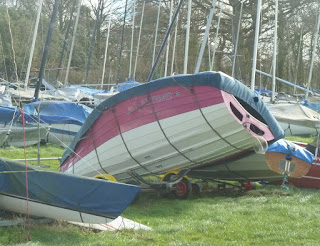 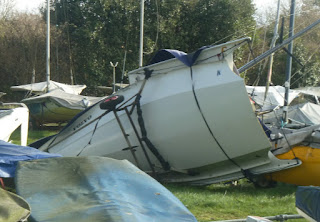 I was pleased to find the Pink Ferry running across to Warsash and indeed from the Hamble side the river looked relatively calm, which just goes to show how quickly things can change., as we approached the Warsash hard. 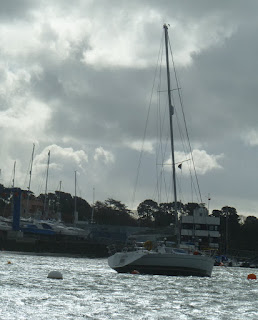 It was a wild day, blowing old boots as the saying goes, down at Hurst Castle the wind data was showing 20-30 Meters per Second which is about gusting 35 to 50 Knots in real money .
Posted by Bursledon Blogger at 06:30