La Trinite sur Mer is the home of big ocean racing trimarans and we weren't disappointed when we visited. 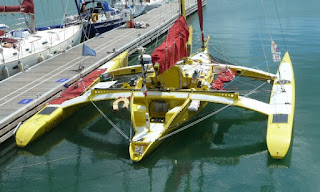 I can't help thinking of that the yellow one above as the nautical equivalent of a motor bike. Yeah, it might be street legal and it might have room for a passenger, but really it's just meant for going fast. 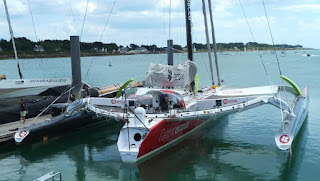 If I understand correctly this beast was designed by Nigel Irens and Benoît Cabaret. Campaigned by Team Actual, having completed two world tours including a place on the Route du Rhum, she holds  North Atlantic and Trans Mediterranean records, including "several solo or with a crew reduced deckchairs" which probably doesn't translate that well.

Now in the hands of Yves Le Blevec 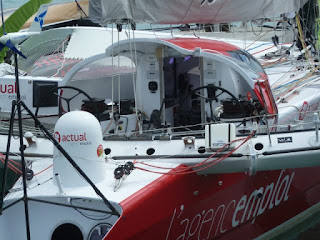 Don't you just love those cockpits, more aeronautical that nautical, you wouldn't want to fall off one at speed. 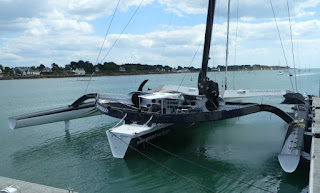 Despite being a hull short, I couldn't help admiring this rocket ship, especially the paint job and those wild foils. 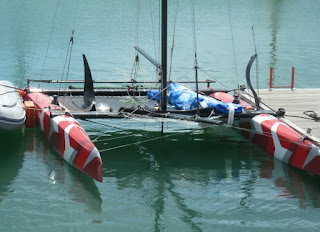