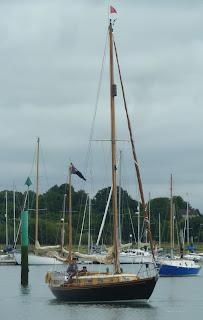 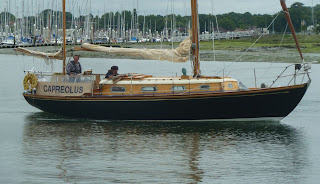 Fortunately her current owner undertook a restoration which completed in June 2011 when Capreolus was relaunched  after a two and a half year restoration taking 3,500 man hours.
Posted by Bursledon Blogger at 06:30