With the winter solstice fast approaching days are short and despite the early morning run getting rather less early it's still quite dark until well after 7.00AM, especially so being nearly miles further west than normal. 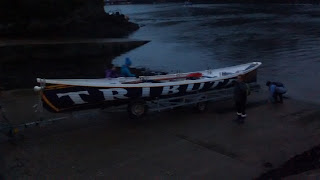 That didn't deter the ladies gig team from getting out on the water early on a cold Saturday  with a chilly easterly blowing down the river. 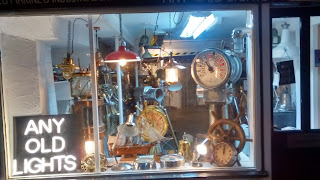 Further along the almost deserted high street I had to stop by this interesting shop selling old ship's lighting and paraphernalia.

Great run, some steep hills and a fantastic breakfast waiting at Fowey Hall when I got back.
Posted by Bursledon Blogger at 07:00